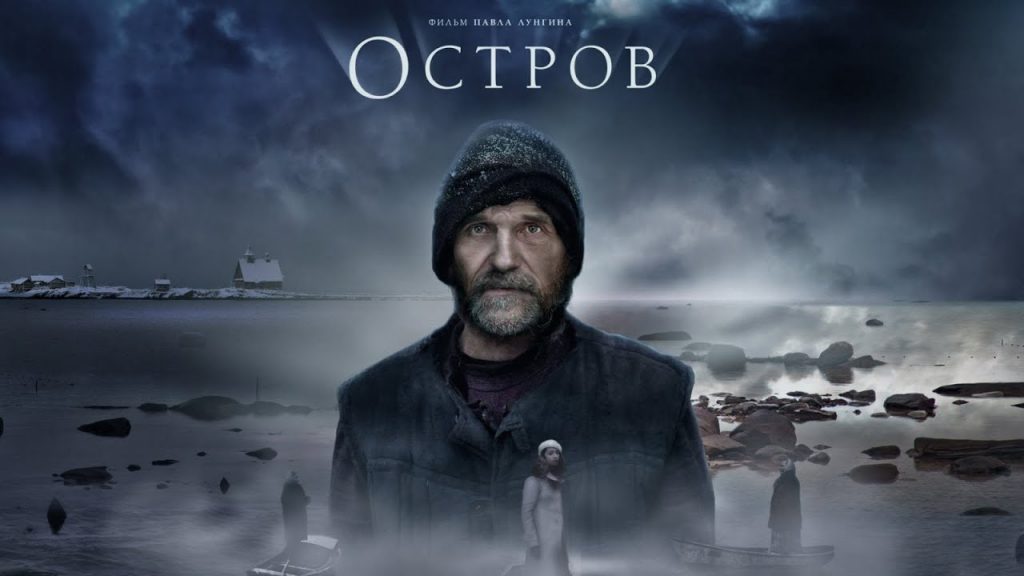 God knows what he is about, Newman muses, and our part is but to cooperate with his grace, however unusual the guise in which that grace comes to us. After all as St. Paul says, “the foolishness of God is wiser than man’s wisdom” (1 Cor 1:25). This is what the protagonist of Ostrov (The Island), a strange Russian monk, shows and lives in this film. Is Fr. Anatoly suffering guilt all his life over a crime he was forced, at gunpoint, to commit in the preface to this story? This seems too narrow a view of our “mad monk.” He has a much more profound sense of sin and correspondingly of God’s mercy than can simply be accounted for by the “guilt” of any one sin.

Fr. Anatoly is mad, in the great Russian Orthodox tradition of the mad monk who is, at the same time, the bane and blessing of the monastery on this remote island. This movie is the story of how this strange little man serves God with his every coughing breath in the stark arctic climate that holds him. Constantly moving coal and stoking his fire as he had done on board his tugboat during the war, the mad monk is acknowledged to be a holy man, in spite of his errant behavior. Rescued by the monks of this bleak island in the aftermath of an explosion that nearly kills him, Fr. Anatoly is a prankster, a misfit, a “fool for Christ.” To each person with whom he comes in contact, he provides just exactly the spiritual counsel they need, whether or not they want it. To some, he is rude, almost cruel, as to young Fr. Job, whose pride and secret envy he gently if annoyingly penetrates with the question of why Cain killed Abel. He puts off the religious sightseers who come to see him, but singles out the one young lady who truly needs him. She is contemplating an abortion, she tells him. “A blessing for murder?” he blurts out. “Do you want to drag me to hell? Fall to your knees!” Then he lovingly foretells the birth of a beautiful baby boy. “Now, get out!”

His fellow monks, whom he troubles with his pranks and seeming nonsense, worry about his sanity and his health. His refusal to go and live near the abbot forces the abbot to go and stay with him, as a fellow hermit. Fr. Anatoly locks the abbot with him in his lonely cell, dominated by a blazing, unventilated furnace, nearly killing them both, all the while raving about and chasing demons. He rips up and burns the abbot’s boots in the fire because of the sins that “nest in bishops’ boots” and tosses his precious blanket into the deep.

Told that he is virtuous, Anatoly muses, “My virtue stinks before the Lord…there is no peace in my heart. My sin releases me not for a second.” Curiously, he asks, “Why has God chosen me to lead?” Yet clearly, somehow, God has done just that. Fr. Anatoly heals, cajoles, consoles, abuses, raves, coughs and prays unceasingly.

In the peculiar denouement of the story, he lures, then drives out a demon and we see God’s gracious Providence. Now Fr. Anatoly can finally die, and he does, a truly saintly man, with peace in his heart.

As you watch this film, attend to what Anatoly says and how he treats each person. It is penetrating. It is haunting. You will find yourself thinking about this for some days afterwards and, I trust, come away with an enriched view of sanctity and of how God will take evil and turn it to good, if we but cooperate with his grace.

Directed by Pavel Lungin and scripted by Dmitri Sobolev, this gem came out of Russia in 2006. It is captioned. It definitely rates as a “must-see.” A second viewing will not diminish your appreciation of this film – it will most assuredly deepen its impact.

(This article was originally printed under the title, “Saintly Insanity: A review of Ostrov (The Island), a haunting Russian film” in the Winter, 2010 issue of Faith & Witness, Vol. XIII, No. IV.)