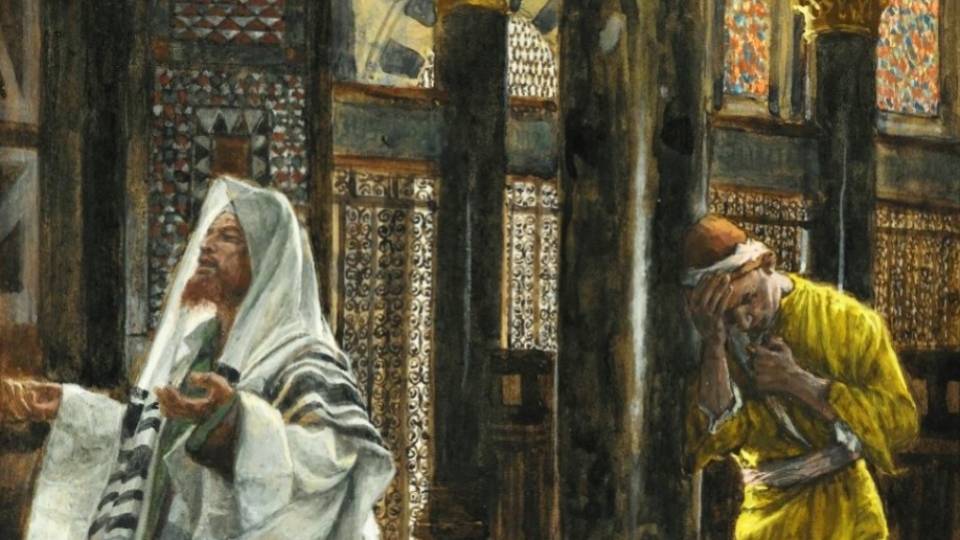 “A schism is fueled by people who, little by little, latch themselves on to the notorious doings of the opposition.” – Yves Congar, O.P.

One of the potential pitfalls of striving to be holy is the temptation to schism. This hazard is not unique to Christianity – Islam, for instance, is famously fractious. And according to the Vinaya Piṭaka, the first schism within Buddhism came during the very lifetime of Siddhartha. But perhaps the most instructive extra-Christian example of the spirit of schism comes to us from Judaism. I am speaking of the Pharisees.

I have been called a Pharisee on more than one occasion. Perhaps in part because of this, I have a soft spot for the sect. We know that in popular discourse, “Pharisaism” is the name for religion given to rigidity and prejudice. But this is more caricature than portrait – the Pharisees’ portrayal in the New Testament is more rounded and human. One must remember, for instance, that according to the Book of Acts, quite a number of Pharisees accepted our Lord as the Messiah of Israel and became Christian (cf. Acts 15:5). And even after his conversion, St. Paul was not ashamed to identify himself as a member of the sect (Acts 23:6, Phil 3:5).

The root of the word “Pharisee” is the Hebrew פּרשׁ (prš), meaning “to separate.” So one might argue schism is inherent in the very title. But there are two senses in which the word might be understood. The first sense is to take it as indicating that the Pharisee is “separate” from the Sadducee, the Hellenist, the Herodian, and above all the ʽam haʼaretz – “people of the land,” whom the Pharisees considered so lax in their observance of the Law as to be Jewish in name only. To define oneself negatively like this – as being unlike and separate from those in other groups – is the quintessence of the spirit of schism. We see this first sense of “separate” in Luke’s Gospel in the Parable of the Pharisee and the Publican: “God, I thank thee that I am not like other men, extortioners, unjust, adulterers, or even like this tax collector” (Luke 18:11).

But there is a second sense of the word “separate”; for separation is at the core of what it means to be holy.1 “Come out from among them and be separate, says the Lord, and touch nothing unclean; then I will welcome you,” writes St. Paul (2 Cor 6:17, quoting Isa 52:11). To be holy is to be separate from this world and given to God. At their best, the Pharisees strove to live out this second sense of “separate.” It must be remarked that in our Lord’s parable, the Pharisee is not blamed because he fasts and he tithes (Luke 18:12) – we are supposed to do that! Christ loved the rich young ruler for keeping the commandments (Mark 10:21)! Rather, the Pharisee leaves the Temple in his sins for exalting himself when he should have recognized his piety as a gift from God and rendered thanks accordingly.

Our Lord commands his disciples to imitate the Pharisees in their embrace of this second sense of separation, their pursuit of holiness. In fact, he calls us to surpass them: “Unless your righteousness exceeds that of the scribes and Pharisees, you will never enter the kingdom of heaven” (Matt 5:20). We should have a zeal for God as they did, only according to the knowledge of his Son (cf. Rom 10:5). But what does it look like to strive for holiness without succumbing to the temptation to schism – to that first sense of “separate” which, if we are mastered by it, will cause us also to reject the Savior of the world?

Perhaps I may illustrate with a story. I was reared in the Episcopal Church in Pittsburgh, Pennsylvania. In 2003, the Episcopal Church was rocked by the ordination of Gene Robinson – a man who had left his wife and children to live with his gay lover – as Bishop in New Hampshire. The backdrop of my high school years was colored by the refusal of Robert Duncan, our bishop in Pittsburgh, to recognize Robinson’s ordination. The Episcopalians of Pittsburgh fractured over this – some supported our bishop in upholding Biblical marriage; others opposed him. I lost friends. In due course of time, the majority of churches in the Diocese of Pittsburgh separated from the Episcopal Church to found the Anglican Church in North America (ACNA) – headed by now-Archbishop Duncan, its first primate.

Formally speaking, all the faithful who joined ACNA are schismatics: they left the Episcopal Church to form a new communion. After the split, ACNA members refer to themselves by a new name: no longer Episcopalians, but “Anglicans.” However, in my experience, there are two kinds of these American “Anglicans.” On the one hand, there are those busily following the latest ecclesiastical scuttlebutt – who cannot wait for church to end so they can discuss the latest news on VirtueOnline at coffee hour. On the other hand, there are those who lack the time to keep up with such things – because they are too busy being Christian.

Imagine a new family visiting their local ACNA church for the first time. They muddle their way through the worship, with which they are clearly unfamiliar. Then after church, they gingerly approach a stranger at coffee hour to ask precisely what kind of Christian an “Anglican” is. The parishioner dons buskins, strums his dithyramb, and sings the sordid saga of the schism – how Vicky Gene Robinson (that really is his name) said, on marrying his lover, that he “always wanted to be a June bride” (he really said this), how TEC (pronounced “tech” – thus insiders refer to The Episcopal Church) spent years suing ACNA (invariably pronounced “ackna,” of course without explanation) and driving them from their church buildings. By this time the new family is edging toward the door. Now their Anglican tragedian is taking off his tweed jacket to show them his battle scars. The new family makes a run for it.

Can you blame them? They will never belong to this church. They do not share the grievances that are at the center of its identity, because they were not present to suffer the wrongs. Their identity is purely negative: for them, “Anglican” means “Not Episcopalian.” This is the spirit of schism at work – and it is poisonous to faith. I have watched the churches that succumb to it wither and die.

On the other hand, imagine the new family at a different ACNA church. At coffee hour, they ask what kind of Christians an Anglican is. A friendly stranger explains, “We are the kind of Christians who love Christ with our whole heart and strive to obey his Word.” This is neither parodos nor harangue, but the beginning of a conversation. The spirit animating this second church is “the Spirit of life in Christ Jesus” (Rom 8:2). I have watched churches like this grow and thrive and bear fruit – because they have what the world is starving for.

There is a lesson here. We strive for holiness of life and orthodoxy of belief. But ours should be a joyful orthodoxy. We must avoid defining ourselves negatively, by what we are not. We must rather define ourselves positively – keeping Christ and his Kingdom at the center of our individual and communal life. Then we will leave the Temple justified. Then I may be, like St. Paul, God’s good Pharisee.