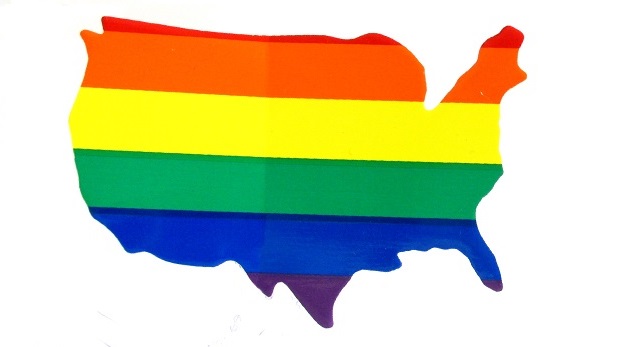 We are assured that we are, or are about to be, or are progressing towards, or will inevitably become a “Post-Christian Society.” There seems to be some disagreement about precisely how imminent this new society is, but we maintain that it can not be here already because Christian holidays still anchor our calendar.

Christmas, of course, is the pre-eminent holiday of the United States, and however much the recalcitrant complain that it has been overtaken by crass commercialism, it is still called Christ-mas and remains a pillar of the past sunk deep into contemporary life. Easter is less observed but still a noted occasion by many. Thanksgiving may be a New World creation and not a holdover of some stodgy Old World religious council, but it is difficult to ignore that not only was the Thanks in Thanksgiving being given to God, but the creators of the holiday were a bunch of religious fanatics whose fundamentalist views were so very radical that even the stodgy Old World religious councils much preferred not to have to deal with them.1 The less said about (St.) Valentine’s Day and All-Hallows-Eve, the better. Even the apparently secular occasions such as Memorial Day or Independence Day are still called Holy-days by the government!

It behooves us, then, as properly forward-looking people, to find a way to chart a new standard for marking those ideals which we expect all proper-thinking people in the country to use in guiding their behavior. As is only right and proper Pride Month is first and foremost, the vanguard, the sign of all that should follow.

Pride Month is, of course, not a Holiday. That remnant reference (however colloquial) to holiness has been excised, and it is superior in being a month rather than a mere day. For both reasons Pride Month is facially superior – but its greatness runs deep as well. Instead of celebrating some figure of the past2 or some national triumph3 or an abstract aggregate such as workers or soldiers,4 Pride Month celebrates you. Yes, you! It’s only proper that everyone applaud your unique… uh, uniqueness, and a month is barely enough time to do it. Go you! Privacy is so last century5 and even your private life is so great it needs to be celebrated by your friends, family, and every random person in the street.

But as mentioned above Pride Month is just the start, and there are so very many Christian holidays that need to be papered over, erased, elided, and deleted. In the rest of this essay we shall endeavor to describe a complete and comprehensive system of celebrations to achieve this goal, using Pride as our guide.

Christmas, as previously mentioned, has been much diluted with the wholesome American obsession with presents. Clearly, we should push things the rest of the way and declare December to be Greed Month. No more worrying about the aggravation of traveling to have a strained family dinner while abstaining from complaining about the overcooked main course, burnt cookies, and that one weird uncle nobody wants to talk to,6 just send the few people you actually sometimes think about something off their Amazon wishlist. Since Greed Month is an entire month, you don’t even have to worry about ensuring your gifts arrive on the right day! As for all that saved time? Well, it’s best spent daydreaming about all the things you could be getting. When will the packages arrive, and what will be in them? Who knows! It’s like Christmas Day, but every day – for an entire month! Clearly all can agree that Greed Month is a huge advance. Yes children, Santa Claus exists – and he’s tied to a chair in Bezos’ basement.

The next celebration is Envy Month, scheduled for February. This decision leaves January free for the last few Greed Month packages to trickle in after escaping the Bermuda Shipping Triangle, and so by February you really have to face just how few presents you got, how few of your acquaintances actually care enough about you to get you what you really wanted,7 and how much more glorious stuff everyone else around you has. Such comparisons are all the basis of envy. Envy is, we fear, not the most fun of the guiding principles of the new society we are progressing towards, but it is necessary, so we magnanimously suggest that February, the shortest of months, host this celebration. Envy Month also acts as an excellent replacement for Valentine’s Day, which is already for many a day of bitterness and coveting of their neighbor’s girlfriend.8,9,10 With a nice breather of marching to the anthem of the wageslaves in the month of March, Envy Month nevertheless sets the stage nicely for our next festival.

Easter is an annoying holiday, not least because it keeps moving around. In this case we advocate for uniformity and predictability over a direct replacement, and believe that Easter, already fading far faster from public consciousness than Christmas, will disappear entirely as the public preference our new April celebration becomes indisputable. The history of Easter is boring and complicated, but it has recently been rediscovered that Easter is in fact an attempt by stodgy Old World religious councils to cover up an ancient and prestigious fertility festival.11 Proving that we do in fact respect other cultures and historical traditions, we believe in expanding this ancient practice into Lust Month. And replacing the Easter Bunny with Playboy Bunnies. And many other things that the current year, still dominated by stodgy Old World religious councils, prevent us from detailing here. It’s definitely way more exciting than Easter though.

Pride Month we have not only already discussed, but it can already be experienced. We need not dwell on it unduly. Go out there and collect some well-deserved adulation! We’ll be ready when you get back – never doubt that you’re worth the wait.

It’s been a reasonably busy first half of the year, and we are very sorry, but the one trade-off of having celebrations last a month is that the wageslaving must continue regardless. Luckily for you, that all changes in Sloth Month, previously known as August. These hot, slow days have long been known to Americans as the prime time for taking vacations, and we agree. It’s time to make it official. We could write more, but we assume you get the idea and we frankly can’t be bothered.

It’s a good thing you’ll be all rested up because October is Wrath Month. Nothing is so American as yelling at pundits, destroying friendships, and splitting up the family over arguments about which corrupt moron will drive the country into the ground next, and October, the traditional run-up to election day, turns that up to eleven. Now, you might say that elections only happen every other year.12 To that we say, don’t you have anything else to be angry about in your life? No? Everything’s pretty alright as long as you stay away from the news? Really? Okay, first up, I hate you.13 Second, time to get your game on and do better. If nothing else, get wasted and start a drunken brawl. I’m sure everyone can appreciate how our proposal maintains the best portions of Oktoberfest as well – the alcohol is fun, but let’s all admit that the whole German obsession bit was more than a little strange.14

There is no breather between Wrath Month and our next celebration, Gluttony Month, which begins November morning with the piles of candy extracted from the neighborhood through threats of petty vandalism.15 Thanksgiving, once a single day of excess, becomes nothing less than the climax of an entire month of escalating delights. As the temperature continues to drop, we can move from cold cereal and toast through pancakes and then a Monte Cristo sandwich washed down with a large mimosa. Dinners can start easily with chicken and stirfry before moving to warm soups, and ultimately thick stews and roast stuffed turkey that may or may not contain other edible fowl,16 followed by deep-dish pies17 covered in ice cream or whipped cream.18 With a gentle winding-down week of leftovers, the populace will be well-set to begin contemplating the finer things in life that they don’t already own, leading us neatly back to Greed Month.

You will note that for most of the year these celebrations occur on a predictable schedule of alternate months, but that we have carefully preserved the sheer sense of exuberance that was the obsolete ‘holiday season’ by having three, yes three, celebrations in a row! Wrath, gluttony, and greed will, we are sure, produce a most invigorating end to the year to be anticipated with as much eagerness as the system devised by the stodgy Old World religious councils ever could. Indeed, we maintain that much of the fun of the current system is in fact caused by those aspects of our new calendar that already exist in common life today, aspects we have done our best to clarify and strengthen.

Both superior in essence and (as we have described at length) an easy transition from the current state of affairs, our new system is unarguably, indubitably,19 and manifestly a great improvement. We conclude with the expectation that this calendar, now that it has been codified into this document by we mere scribes of Progress, shall be taken up with great acclamation. While there may be a few naysayers, they are likely to be beholden to some stodgy Old World religious council, and can safely be ignored.20