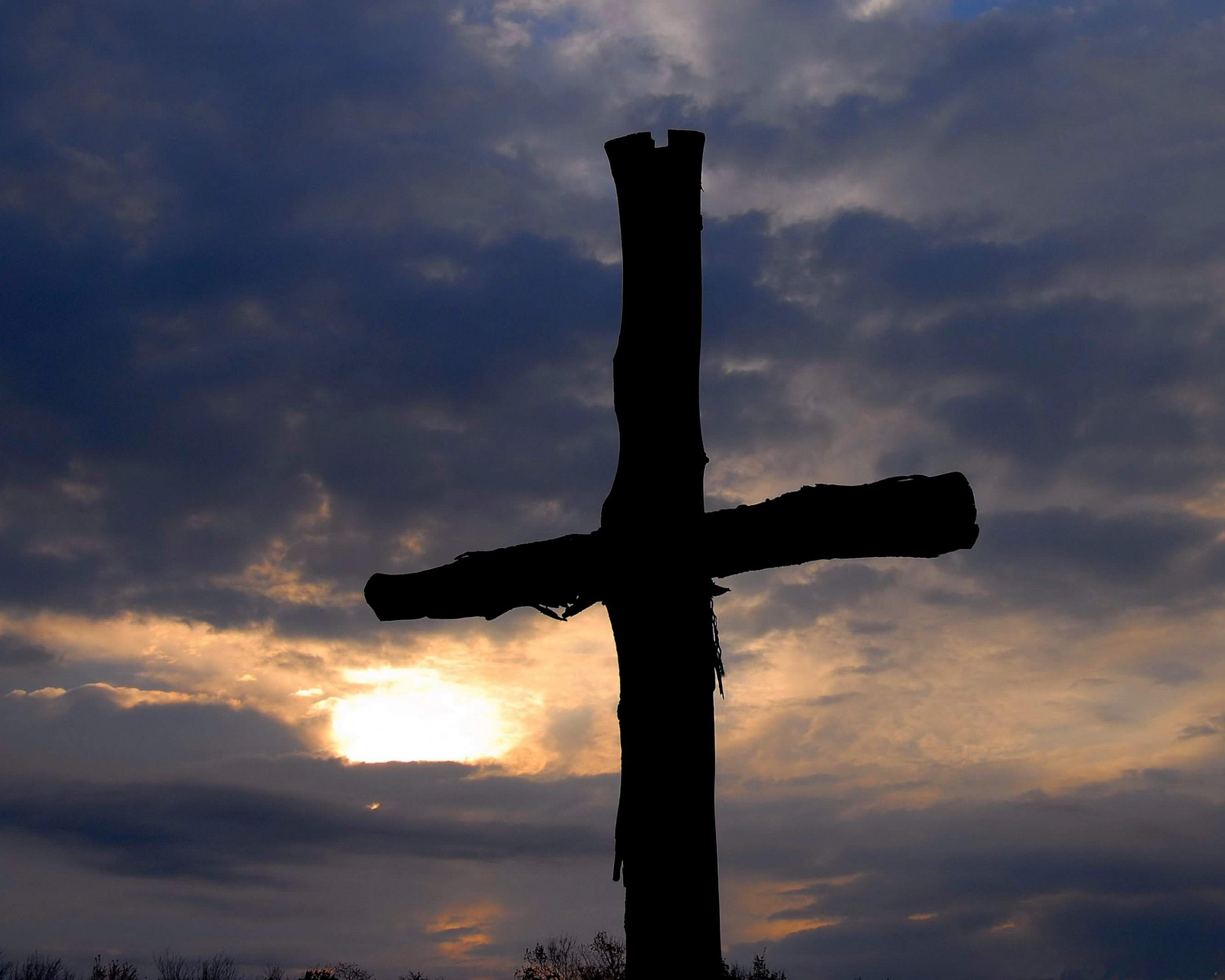 Thus says the LORD:
Behold, I will restore the fortunes of the tents of Jacob
and have compassion on his dwellings;
the city shall be rebuilt on its mound,
and the palace shall stand where it used to be.

Their children shall be as they were of old,
and their congregation shall be established before me,
and I will punish all who oppress them.

Their prince shall be one of themselves;
their ruler shall come out from their midst;
I will make him draw near, and he shall approach me,
for who would dare of himself to approach me?
declares the LORD.

What does it mean, as an American Christian, to love America? There were so many things to love about America that no longer apply. We are no longer a nation of Christian zealots unsatisfied with lukewarm European Christianity. We are no longer a nation of explorers, adventurers, and industrialists who saw wealth in every mountain, forest, and river. We are no longer the only nation that came out of two world wars with unparalleled prosperity. We are now a nation where every virtue is proscribed and every vice enshrined in law, both thanks to the tireless work of “activists.” We are now a nation where most of the exciting invention is done entirely on information (not material things) in only a few prestigious institutions. We are now a nation that loots its own wealth for politicians’ pet projects, abandoning more and more of its own people to poverty. What is it, exactly, that we love about America now?

To love a country does not mean to love its soil, or its culture, or its people. While a patriot often loves those things as well, these are not the central locus of our love. It is that mistake that justifies the rootless cosmopolitan. He is correct that if one simply loves these things, one can often shop around and find something better elsewhere, or that one can cross-pollinate cultures to create a superior consumer experience. If the love of these things was all that love of country entailed, many poor countries would be inherently unlovable. For hundreds of years, Israel itself was not a land. Israel was only the promise from the Lord in the heart of every Israelite, as related in the Canticle of Zechariah. At one time:

Israel was a man with two wives, twelve children, and a broken hip in the middle of a famine.

Blessed be the Lord,
The God of Israel;

Israel was a slave race in Egypt for 430 years with a generation of infant sons dead.

He has come to His people and set them free.

Israel was a mass of vagabonds in the desert who by themselves could not find water or food.

He promised to show mercy to our fathers

Israel was a tribe whose greatest treasure was a box of stone tablets.

And to remember His holy Covenant.

Israel was a generation of idolaters, rebels, and cowards who died without seeing the promise fulfilled.

This was the oath He swore to our father Abraham:

Israel was a generation of children, now grown, who entered a hostile land without Moses and without the sheer numbers to conquer the land themselves.

To set us free from the hands of our enemies,
Free to worship Him without fear,

Israel was a victorious nation at peace, exhorted by their leader Joshua to remember the Lord their God who fought for them and to put away the gods that their fathers served.

Holy and righteous in His sight
All the days of our life.

So also America. A patriot loves the God of his nation. The God of America is Jesus Christ. Why has American patriotism outlasted European patriotism? Our oft-derided “God and guns” has the answer in the first word. Americans still believe in God. They believe in God enough that Christians still rouse rabble over abortion and religious liberty, boldly standing up to men and institutions who hate to be reminded that Jesus is King, and has authority over them. Europeans happily proclaimed that they had no King but Caesar, and in doing so dissolved Rome. A nation with no god is simply a bureaucracy. A patriotic European is a category error.

To be fair, this may be a selection effect. “Abraham believed God, and it was reckoned to him as righteousness” (Romans 4:3). God chose Abraham and not his neighbors to build a nation in a Promised Land. The faith of Europe is the faith of those who stayed, whereas American settlers from all denominations testify to their own zeal for the Lord with their words and their works:

“On this day [Sunday], places of business are deserted; each citizen goes to church accompanied by his children;… he does not hurry back to his business ledgers. He opens the Holy Scriptures and discovers the … greatness and goodness of the Creator, the infinite magnificence of God’s handiwork, the lofty destiny reserved for man, his duties, and his claims to everlasting life.” – De Tocqueville on the American Sabbath

Blessed be the Lord,
The God of Israel;

“I should willingly venture my children’s bodies and my own for them, than their souls.” – Lucy Downing, Puritan wife and colonist

He has come to His people and set them free.

“As she lay delirious in ‘a sore fit of sickness nigh unto death,’ the image of God appeared before her and said ‘If I restore thee, go to Pennsylvania.’ … The answer of [her] soul was, ‘wherever thou pleasest.’ ” – Jane Hoskins, a teenage Quaker colonist

He promised to show mercy to our fathers

“I hastily took up the Bible, and told my father if, where I opened the Bible, there I met with anything either to encourage or discourage, that should settle me. I, opening of it, not knowing no more than the child in the womb, the first I cast my eyes on was ‘Come out from among them, touch no unclean thing, and I will be your God and you shall be my people.’ My father and mother never more opposed me, but furthered me in the thing, and hastened after me as soon as they could.” – John Dane, Puritan tailor and colonist

And to remember His holy Covenant.

“We shall be as a City upon a Hill, the eyes of all people are upon us.… We shall be made a story and a byword throughout the world.” – John Winthrop, Puritan lawyer and leader of the Massachusetts Bay colony

This was the oath He swore to our father Abraham:

“Your principal end is not gain, nor glory, but to gain souls to the glory of God. This seals the great seal, this justifies itself, this authorises authority, and gives power to strength itself…you shall have made this island, which is but the Suburbs of the old world, a Bridge, a Gallery to the new, to join all to that world that shall never grow old, the kingdom of heaven.” – John Donne, Anglican Dean of St. Paul’s Cathedral in London

To set us free from the hands of our enemies,
Free to worship Him without fear,

“Early settlers in Rochester and its vicinity had to cover three hundred miles, generally on foot, or at best on any available conveyance, in order to hear Mass, to go to confession and communion, to have a child baptized, or to receive other sacraments. A pioneer Catholic, Felix McGuire,… often made the laborious journey over the wild and dangerous road.…” – From The Life and Letters of Bishop McQuaid, by Frederick Zwierlein

Holy and righteous in His sight
All the days of our life.

America’s image as a land of adventurers, entrepreneurs, builders of empires, “hog butchers,” “tool makers,” “stackers of wheat,” “players with railroads” as Sandburg sings, is attractive but temporary. It is a snapshot in time. Our culture today is of a completely different character than that of our fathers. Modern Greece is not the Greece that produced Aristotle and Euripides. Modern England is not the England that governed India. Modern America may not be a relentless pioneering and entrepreneurial spirit, but an American, independent of the accidents of time, is one who cleaves to the American God: Jesus Christ. The American nation does not always cleave to its Lord. Neither did Israel. But it will again, someday. For that, and especially for the God it worships, it is worth having one’s tongue cut out.

American Christians are in Babylon. Let us suffer this indignity well, as Babylonian exile necessarily ends. Nehemiah, a cup-bearer, eventually secured permission from Artaxerxes and rebuilt Jerusalem. Ezra reintroduced the Law of the Lord to the Jews. This day will come for us too, when America is rebuilt and reintroduced to its God. On that day we will be set free from the hands of our enemies, free to worship Him without fear, holy and righteous in His sight, all the days of our life.