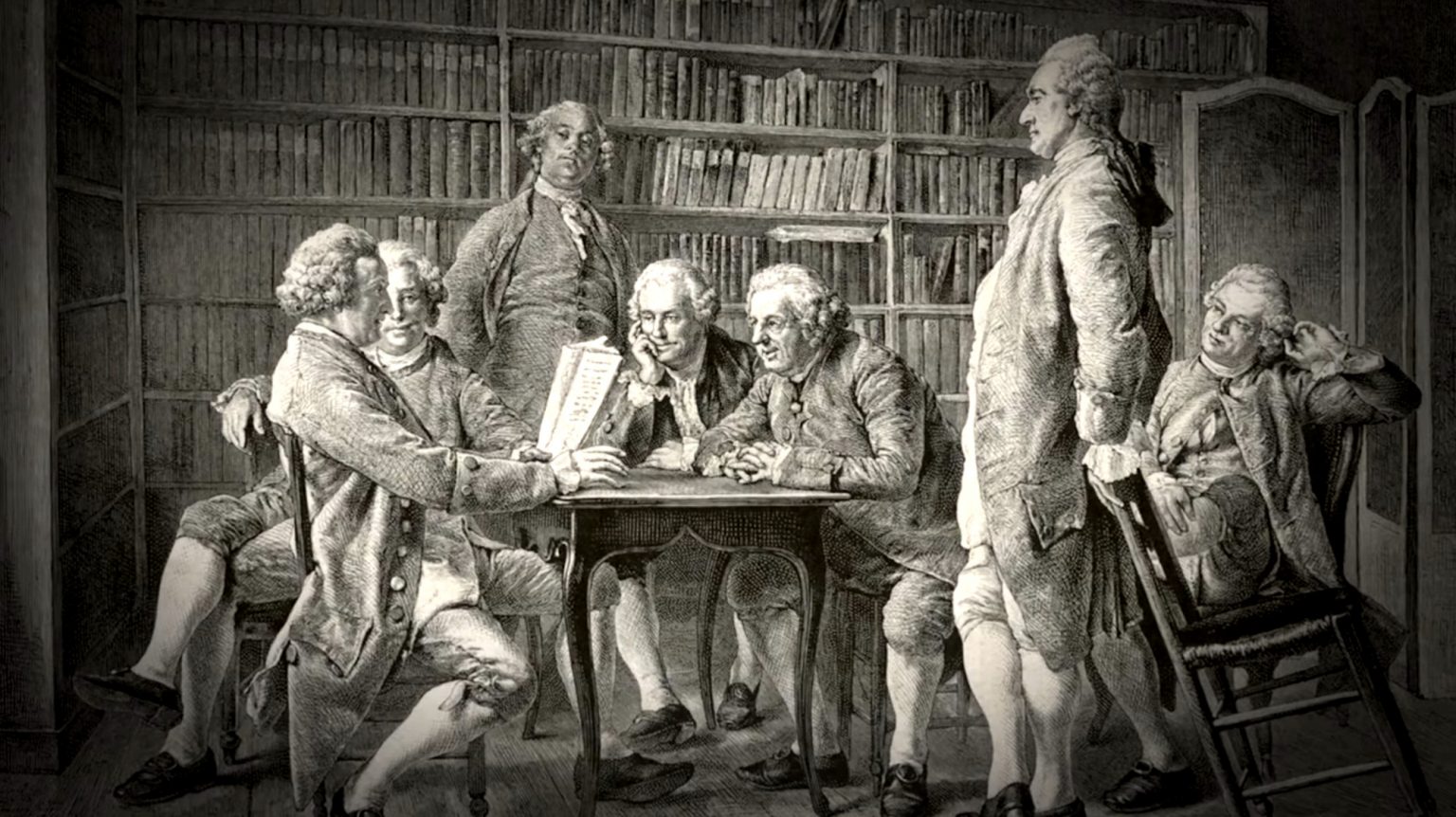 I have spent plenty of moonlit nights on back porches with disciples of The Benedict Option and The Restoration of Christian Culture sketching an ideal faith community. Many of the discussions focus on domestic affairs: living close to one another, living close to a church, watching and teaching each other’s children the faith. One unanswered question in our conversations is how to approach work when our conscience (or a hostile culture) no longer allows us to work quietly in established institutions. We could start by growing a vegetable garden, raising chickens, and maybe starting a neighborhood tavern or coffee shop. This is not enough. Even the plainest home contains many things: clothes, utensils, books, tools, furniture, musical instruments, medicines, communications devices. Developing the capacity to make these things would enable us to face cultural hostility by reducing the temptation to forsake God in exchange for earthly wants and needs.

This seems like too large a problem for back porch conversation. How can we begin to play at manufacturing when our competition can make millions of widgets for a fraction of the cost of our best theoretical cottage industry? We might be able to compete on Etsy or at Ren faires, but not in selling to practical people.

Be of good cheer! If it seems like we would not be competitive today, we have a couple of dark portents on our side. The supply chain disruptions of COVID-19 have shown us that we are utterly dependent on China for basic necessities, and we have no current plan to rectify that.1 Our would-be fiercest competitors can be shut down by a small geopolitical disruption! We also do not have to worry about competing against young college-educated engineers with years of intense study under their belts. Increasingly, what they are studying has nothing to do with the banal manufacture of commodities.

I can only speak to my experience in electrical engineering, but I see the needs of industry are increasingly not met by formal education. Every city and town in America is serviced by a power company, and yet the study of electrical power can only be found in universities that choose to offer it as a specialty. Many schools are turning out skilled electronics engineers and data analysts who must be taught from scratch if they are hired by a power company. I have seen interns whose single task for the semester was to work through a basic power textbook (Blackburn’s Protective Relaying, for the curious). I have seen fundamental knowledge about a company’s products contained entirely inside the head of a 75-year-old “technician,” who does not even have a degree. The company has no plan for when that technician retires or dies. College-educated engineers, old and young, hang on his every word.

Electrical engineering in academia is increasingly focused on applying engineering techniques to “socially relevant” problems. A signal processing professor may know more about identifying cancer on X-ray images than in cleaning up noisy radio signals. An antenna scientist may spend his time exploring applications of antennae to blood sugar estimation for diabetics instead of building communications infrastructure. Engineering researchers across the board are spending an increasing amount of time on computer models that produce interesting scientific results, but also produce engineers that are only comfortable with computers (like myself). Is it not strange that the term “engineer” in the popular imagination now conjures up the image of a computer programmer, rather than a bridge builder?

This is not the first time that prestigious scientific institutions willfully disregarded practical technical knowledge. In The Western Intellectual Tradition, Bronowski and Mazlish paint a picture of scientific stagnation in the Royal Society under the tenure of Sir Isaac Newton. Newton’s major contribution was in an elegant mathematical model of mechanics developed through experiment. As a result, other tinkerers that could produce practical results but not elegant mathematics were discouraged:

… he was not interested in everyday inventions.… By the time that Newton died, in 1727, the inventor was no longer regarded as a reputable scientist; for now mathematics had become the model of the sciences. Since few fields of science were ready to be given mathematical form,… the Royal Society came to a standstill.…2

Further away in Birmingham, a group of friends were rapidly generating inventions and scientific discoveries in their spare time. They were not credentialed experts in the fields to which they contributed. They were medical doctors, clergymen, manufacturers, and technicians who had a taste for chemistry, biology, and engineering. They came to be called “The Lunar Society of Birmingham.” Membership of this group of self-styled “lunaticks” was loose, though small. The only formal structure was a meeting that occurred during a full moon.

The structure was less important than the friendships themselves, in which small collaborations between them led to new discoveries. The society, organized by Dr. William Small (an American professor) was based on

… the sense that science and culture are matters which are learned in conversation rather than formal teaching, and that the meeting of neighbors on moonlit nights are ideal for this.3

This amateur back porch laboratory produced eleven Fellows of the Royal Society, and their efforts produced thirty-five papers in the Society’s Philosophical Transactions, with some papers being “of long-range importance in the history of chemistry, geology, thermodynamics, mechanics, and optics.”4 James Watt (an engineer) refined the steam engine and went into business with Matthew Boulton (a buckle manufacturer) to use it to automate factories. Josiah Wedgwood (a potter) invented a pyrometer that estimated the temperature of a hot kiln from its color. Erasmus Darwin (a medical doctor) wrote poems that taught biology and anticipated the theory of evolution. Joseph Priestly (a Unitarian minister) discovered oxygen and its role in combustion. Samuel Galton, Jr. (A gun manufacturer) wrote The Natural History of Birds and proposed a trichromatic theory of color. This is not an exhaustive list.

This was the fruit of a group of friends and amateurs working together to increase scientific understanding. Our goals are not nearly so lofty, and consequently much more achievable. We simply need to learn to recreate the useful goods we enjoy. Sewing, pottery, carpentry, and metalworking are accessible to the hobbyist. Even a functioning radio can be built by an individual with a few dollars of parts. Books and YouTube videos and vendors abound to teach us these skills, with the assumption that this is just “for fun.” That the resulting works are not cost-effective is not terribly important, at first.

Once one learns a craft, one soon learns how to do it efficiently. Where does one get his materials, and can he get them more cheaply? Can he settle on a few designs that are both simple to construct yet desirable to buy? Can he break the designs into steps that can be constructed in a pipeline? Remember, the industrial revolution was not simply a matter of dropping a steam engine into every workshop. It was in organizing labor efficiently, and many of the first steps in that task can be done just as well by an amateur as a corporation. Will our tailors produce clothing as cheaply as China? Probably not, but our higher-quality wares might be able to compete against disposable t-shirts, even to a practically-minded customer.

It is possible for amateurs to recreate 17th and 18th century industry, but one can reasonably ask if this would not be a huge step backward in our standard of living. Perhaps. We would not be able to buy as many shirts from our tailors as we could buy from a factory. Our “standard of living,” defined by the large quantity and variety of objects we can buy, depends on an efficient, but fragile economic machine. If China stops trading with us, or if we are denied access to material goods for not acquiescing to state ideology,5 our standard of living would plummet anyway. If we were to develop our own cottage industry, we would be trading efficiency for robustness6 instead of potentially losing both.

I am not proposing the creation of a primitive, alien, Amish-like society. What we can make for ourselves is only limited by time and experience. American history began with Christian nonconformists creating industrial society from scratch. Puritans, Quakers, and Borderers7 wanted what we want today, and what Zechariah desires in his Canticle: to be set free from the hands of our enemies, free to worship the Lord without fear. Developing our own industry is the best earthly task we can take on to achieve that promise again.

1 thought on “Back Porch Industry”