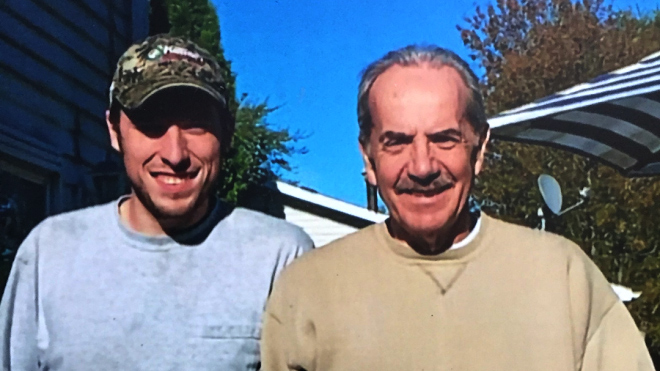 He wasn’t a Billionaire CEO, Neuroscientist, or Diplomat – he was none of these things. He was nothing extraordinary by the world’s standards. But he was my father.

John Appleby grew up in the North Winton Village neighborhood of Rochester, NY, one of many kids in a typical (large) Catholic family of the time. And you could probably say he got into more trouble as a child than most – making waaay too much smoke in the thurible as an altar boy, playing inappropriate music over the PA system at Church, breaking windows with baseballs, pranking everyone he could – you get the idea.

But when his father died young, my father became the man of the house, and stepped up to lead the family. He was only in high school – but he had the counsel of two wise uncles, Tom and Jack Reddington, both Catholic priests of the Diocese of Rochester. His uncles were instrumental in his upbringing, both as a man and in his faith.

My father made a point of working in the most dangerous and exciting fields on offer: a sergeant in the Marine Corps, a lobster fisherman in Maine, and a lumberjack in French Canada. He finally settled down, and spent the rest of his life as a carpenter/framer – and a lieutenant in the Rochester City Fire Department.

I can attest from many years working alongside my father at construction sites that he was easily the best carpenter I’ve ever met – consummate mastery of his trade. We’d often joke that I was a mediocre carpenter, and should stick to plumbing, and he was a fantastic carpenter, but shouldn’t be let anywhere near a pipe – we had a lot of fun.

Fire fighting was his passion, and everyone around him knew it. My father was a legend in the Rochester City Fire Department. Love him or hate him, everybody respected him. The men who worked on his crew will tell you that he was a bear to work for: he expected a lot in character and work ethic, and would probably not hesitate to beat it into you. But they would also say my dad was the best man to have in your corner in a fight: he would (literally) die for the men on his crew, and he would never give them up – and they all knew it. And the men of the fire department have more than repaid the favor: they’ve been like a family to me, and have been there for my family when we’ve needed them.

My father’s life changed forever the day he met my mother. It was love at first sight – for my dad, at any rate. He drunkenly knelt down in a puddle and begged my mom to go out on a date with him – while she was on a date with someone else! As fate would have it, their marriage soon followed. That’s where my older sister and I enter the story. And baby me spent one day within the city limits before my parents moved the family out to Spencerport.

When I was growing up, my dad worked swing shifts for the fire department, so I wouldn’t see him for several days in a row. But every night he called home before bedtime. And he would take time following night shift to take me out to a diner or the movie theater, and to walk around the mall. He put a lot of effort into connecting with his kids, and it meant the world to us.

One of the greatest fights of my father’s life was his struggle to quit smoking and drinking. As a boy, I watched him win that fight, and marveled at his strength of character and love for his family. It was a difficult road, but my mom stuck by him every step of the way. They loved each other so much.

And I must say, both my parents were always there for me as I searched for my calling in life. I remember being afraid to tell them about my decision to leave college and pursue a trade. When I finally let them in, I realized there had been no reason to fear: they only encouraged me, like always, to do my best, and not to settle for something that didn’t satisfy.

When it came to my formation as a Christian, I can’t say I ever had lengthy discussions with my father on Scripture, catechism, or Church history. He didn’t so much tell me how to be a Christian as showed me: he showed me what it looked like to be a man of character and unwavering work ethic, to love reading and going deeper into the things of God, and above all, how to be relentless in my dedication to fight for and protect my family. Because my father never gave up – he never gave in to evil, he punched evil in the gut. My father may not have been perfect, but cowardice was not one of his faults.

My father was generally quiet about his faith, but it was at the core of who he was. I remember him every day in his Bible, and wearing out his rosary beads in prayer for our family. I credit his prayer with pulling me out of some major trouble-spots in my own life. We’d sometimes talk theology, sometimes even disagree, but it was one of the great joys of my life practicing the faith together with my dad.

One of my favorite memories was our time serving together in the Knights of Columbus (St. Leo’s Council, Hilton). We would grab dinner and drinks before meetings, and talk about just about anything. Our specialty was managing the Knights’ kettle korn booth at the Hilton Apple Fest. Those were the days.

My dad was also an usher at Sacred Heart Cathedral. One Sunday, a gentleman walked off the street and into the Mass, went right up the aisle and spit in front of the altar. My father escorted the man outside, as he screamed obscenities and threatened violence. My father was a pillar of iron, pushing him further and further back, daring him to make a move. The man left and never came back.

Toward the end of our time together, my father was in and out of the hospital with several ailments, among them several major heart surgeries and prostate cancer. Then came the lung cancer. I joked with him how he might actually pull the “hat trick” and pull through three fatal illnesses in as many years – stubborn old cuss. It felt good to laugh about it. But it soon became apparent this was to be his end.

My father never showed the faintest scintilla of fear: he would tell us not to worry, that we would be fine no matter what. That was my father: not only was he not afraid, he wasn’t thinking of himself at all – he only cared that we be taken care of. That is the kind of man I want to be.

My father declined quickly toward the end. We were blessed to have a pastor, Fr. Evan Simington, willing to drop everything to make it to his bedside in time to give him last rites. I got to see my father receive final absolution and communion, and watched as he prepared to be gathered into the loving arms of God. Because of COVID, we never had a chance of a proper funeral or burial. But we were not short of many, many individuals reaching out with support – so many, from the fire department, from the Church, from the Knights. It was salve to my soul to hear their stories about my dad in his many walks of life.

Dad, thanks for all the late nights talking me through my fears, for our countless times out to the diner and the movie theater, for calling me out when I was a fool or pushing me when I wasn’t crazy enough. Thank you for introducing me to the biggest joke of a football team in America (da Bills) and instilling in me a hopeless love of rock and roll.

I guess this would be a fitting quote for John Appleby:

7 thoughts on “My Father, John Appleby”