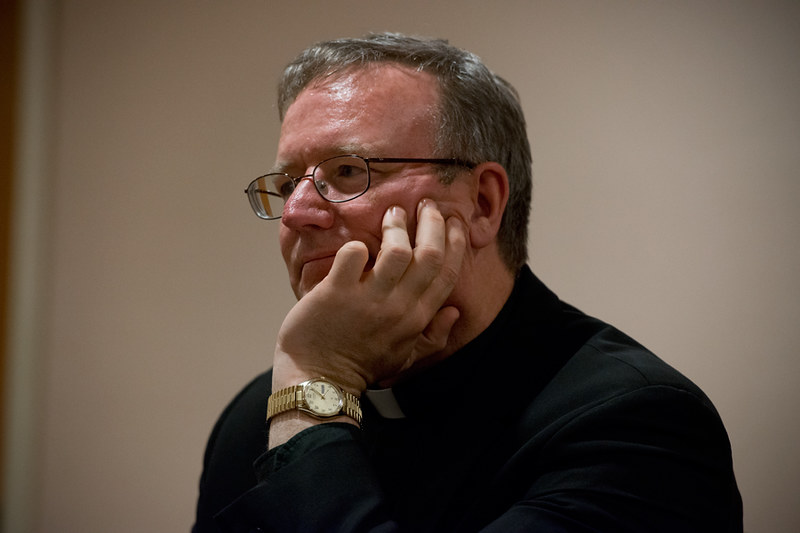 While Christianity is being extirpated from some of its oldest seats around the world, American Catholics are instead forced to confront the seemingly bottomless turpitude of many bishops, exposed by the revelation of former Cardinal McCarrick’s history of sexual predation and the 2018 Pennsylvania grand jury report. These have been followed by an almost uninterrupted stream of insults from the pope, most prominently in the Vatican intervention at the American bishops’ meeting last November and the continuing battle over Archbishop Viganò’s allegations.

In this climate of woundedness and well warranted mistrust, Bishop Robert Barron has published a Letter to a Suffering Church. He seeks to reassure a discouraged and disheartened American laity in the face of the scandal, describing it as “the Devil’s masterpiece” and reminding readers that the history of the Catholic Church is marred by many such scandals. He acknowledges that “noting that the percentage of abusers among priests is roughly equivalent to the national average” is unsatisfactory, but concludes that “the all too human vessels in which the grace of Christ is found don’t finally obviate that grace,” since the Catholic Church still possesses that grace in the sacraments.

For all Barron’s undoubted goodwill, his appeals cannot help seeming glib, and even slightly evasive. In the face of such terrible moral rot, pointing out that the Bride of Christ has always festered with similar infections is not very encouraging. Under the present circumstances, Barron’s invoking both Cardinal Consalvi (“we, the princes of the Church, have been trying to destroy it for centuries”) and Hilaire Belloc (“the Catholic Church is run with such knavish imbecility that if it were not the work of God it would not have endured a fortnight”) on the same page sounds almost like reveling in the scandalous behavior of the Catholic hierarchy. Likewise Matthew 16:18 (“upon this rock I will build my Church, and the gates of hell will not prevail against it”): the gates of hell look fearfully solid at the moment. Against all this, Barron can only reassert that the Catholic Church is the Church established by Jesus Christ. But each of the four traditional marks of the Church – that it is one, holy, catholic, and apostolic – is called into question by the magnitude of the present disaster.

Is the Church one? Apart from any theological disagreements, it seems there has been a shadow Church existing alongside the visible hierarchy for quite some time, made up of corrupt bishops and their enablers. Is it holy? Barron cites St. Augustine’s refutation of the Donatist heresy, that the sacraments are confected by their own intrinsic virtue, without any dependence on the holiness of the priest. Very well, but if St. Paul could warn that those who eat and drink the Body of Christ unworthily profane it (1 Cor 11:27), how much more priests who confect it unworthily? Is it catholic? The Pope seems reluctant to exercise the authority the Church has claimed for him, except when it comes to protecting corrupt bishops. Is it apostolic? The institutional Church has itself become a stumbling block. Even Barron acknowledges that the idea of voluntarily joining the Catholic Church is a punch line on talk shows.

It is insufficient, then, to reassert that the Catholic Church possesses valid sacraments, when that very fact stands as an indictment rather than an exoneration. Barron’s reassurances are only superficially reassuring for people who seek to be superficially reassured. He is factually incorrect when he says that “you can’t find [the Eucharist] anywhere else.” The Catholic Church readily acknowledges the validity of sacraments in the Orthodox churches, and Barron has nothing to say to anyone considering “crossing the Bosphorus.” The two great precipitating events of the scandal suggest that it is far more pervasive than we have yet discovered. There is no obvious reason why the situation in Pennsylvania should be markedly different from any other state, so we might be justified in suspecting that similar patterns of abuse have been perpetrated elsewhere. McCarrick went to no great lengths to conceal his misconduct, except as it concerned children: his preying upon seminarians appears to have been common knowledge among his brother bishops, none of whom saw fit to raise a public outcry. Even the sensational Viganò allegations concerning Pope Francis are only part of the story. John Paul II is a saint, judged to have lived a life of “heroic virtue” worthy of emulation by the faithful despite elevating men like McCarrick and Marcial Maciel to positions of authority and esteem within the Church. At best he appears to have been incapable of grasping this kind of corruption. Was Joe Paterno of Pennsylvania State University guilty of anything more?

But the current Vatican regime has of course its own malfeasance to answer for. Thus far, the only visible actions from the Vatican have been reactive: defrocking McCarrick, and accepting the resignation of McCarrick’s protege Wuerl. Barron himself was present at the November synod of the American bishops, whose feeble, halfhearted attempts at addressing the scandal were quashed by the suddenly vigorous fist of the Pope. Neither Barron nor any other bishop in attendance uttered a public word in protest.

In the face of all this, appeals to the laity to pray for the bishops fall flat. The laity have been praying. If they are guilty of anything, it is of taking the bishops at their word – and if taking bishops at their word can be accounted guilt, the Church is in dire straits indeed. The bishops have demonstrated in every way imaginable that they have no intention of calling each other to account, likely hoping that since we have, in Barron’s words, “been here before,” the wisest course of action is to wait for the anger and mistrust of the laity to subside. Worst of all, they may be right: donations to the diocese of Buffalo, New York, which is itself mired in lawsuits over sexual abuse of children by priests, have remained roughly constant, and only about one fourth of US Catholics are estimated to have decreased donations as a result of the scandal. But whether the financial situation stabilizes or not, each day more and more souls are driven from Christ by his ministers, perhaps never to return.

What is frustrating about this is not what Barron says, but what he and his brother bishops neglect to say. There has yet to be an acknowledgment of personal failure by any American bishop. The Church is ready to forgive its leaders, if they would express even a hint of contrition and repentance. In a rare public statement in April, Pope Emeritus Benedict XVI too said nothing of his own role in confronting or failing to confront the scandal. As it is, then, the bishops appear resolved to live in sin, and an offense that is perpetually renewed cannot be forgiven. We need the martyr spirit of saints past. We do not need a “formal investigation” into “how someone like Theodore McCarrick, whose serious misbehavior was well known, could possibly have risen so high in the government of the Church,” as though that were some kind of mystery. The scandal unites hypocrisy and leading the innocent into sin: the two things for which Jesus always reserved his most vehement condemnation. It will not be answered without deep regeneration of the episcopate. So continue to pray and fast – but pray first for zealous bishops.

1 thought on ““They have healed the wound of my people lightly”: A Response to Bishop Barron”